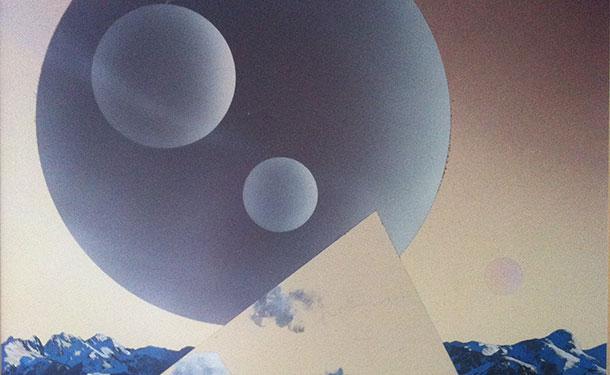 During periods of great change and turmoil, both hope and despair seem to be present.  We hope that things will get better, but also fear that they might get worse.  We have to let go of the fear and focus on the idea that civilization is not breaking down but breaking through to a new kind of existence.

We certainly seem to be facing enormous challenges with crises on many fronts – socially, politically, economically and environmentally – and although these crises represent huge dangers in our world, they are also opportunities for us to change our ways.  We know from our own experience that it is through crises that we grow as human beings.  Crises on a global scale are no different - they are part and parcel of the chaos that precedes transformation.

We are in the midst of changing from the mechanistic-reductionist/scientific-materialist paradigm (worldview) that has been dominant in our Western culture for over 300 years.  This worldview sees us as separate from nature and from each other.  Arising from the twentieth-century discoveries in physics and biology, the new worldview is a holistic one, where everything is seen as connected.  We are all interdependent cells within the great super-organism that is the planet – not unlike our own bodies where trillions of cells live and work together.

New paradigms tend to be slow to emerge, co-existing with the old paradigm until it takes over.  For many decades now cultural and behavioural change reflecting the new paradigm has been growing.  There is a groundswell of people all over the world, from all walks of life, young and old, who are committing themselves to a new way of living and being.  Many people are now trying to conduct their lives, run their businesses and interact with the world around them in less dysfunctional ways than in the past.  The consciousness that we see emerging now in many quarters is very different – more co-operative and collaborative, more compassionate and empathic.

We need to look at our troubled times, not from our narrow perspective, but from a much wider one – both historical and cosmological.  On the one hand there is this outer world with its great sweep of thousands of years of history, across many different cultures.  Different worldviews have prevailed at different times and in different places, and many cultures have great calendrical cycles of creation, maintenance and destruction, whether it’s the Ancient Maya, the Aztecs, the many Native American tribes, or the Hindus or the Buddhists. There is also the cosmic perspective – not just this universe but others too, with their own planets and galaxies….

At the same time we have the inner world – the world of the imagination and the soul.  This inner world connects us with the Source of life.  It is here that myth, religion (in its true sense of binding together – ‘religare’ – the individual, society, the world and cosmos) and also psychology, particularly depth psychology, help us to see ourselves as part of the whole, and to find meaning.

We also need to see ourselves as part of the process of evolution itself.  If we look at the history of the universe and the evolution of life on earth over 14 billion years, crises (whether to do with food supply or survival) always seem to precede transformation, triggering quantum leaps in evolution.  Under pressure it seems life becomes extraordinarily inventive.

New forms of life emerge in response to environmental upheaval, and this takes place it seems with greater co-operation, interaction and communication.

The question is, can we, confronted with crises of every kind, adapt and mutate collectively?  Could it be that we are still evolving?  Are we maturing as a species and moving towards a higher order of being where instead of thinking of our own needs we are becoming more aware and conscious of the needs of the whole?

Beneath the surface of the turmoil our world seems to be in, the Shift to a new kind of existence has indeed been unfolding, a way of life which has the potential to become more altruistic and more harmonious, benefitting all forms of life.

The Shift has had a long genesis, with its roots deep in history.  We can perhaps trace it back as far as the Enlightenment, the French Revolution, the American War of Independence and the ending of slavery.  Certainly for the last 50 years, growing out of the social and alternative movements of the 1960s, which dealt with civil rights, women’s rights, gay rights and environmental issues, there has been a huge increase in the number of people who subscribe to different values and lifestyle.  This involves less consumption, more spirituality, greater respect for others and for the planet and all life forms.

Collectively we are now being forced to change our ways – socially, politically, economically and environmentally (I will deal with the many examples of this in a second article). Underlying the many changes is the whole issue of connectivity.  Through technology we have the ability to make a new world.  Social networks can spread information to millions of people rapidly.  They can empower citizens to speak freely – everyone has been given a voice, even those who don’t necessarily have access to the internet themselves.  Networks are changing the culture and can be a force for good, whatever the downsides.

In the final analysis, the world will be as we make it – hope for the future rests in our ability to transform ourselves. We have to be willing to grow and to change and to become better human beings.  Our minds and our thoughts shape our world and we can consciously change them.  We have to work at the change – it has to come from within ourselves.

Since it tends to be significant minorities who change history, we should take heart that there are many individuals who are now choosing to live their lives by the new values of compassion, co-operation and harmony.  The old world with its outmoded ways will gradually atrophy as we attune ourselves to the new consciousness that is emerging. We can become conscious participants in our own evolution.  Each of us can all make a difference. We just have to wake up!

‘A Sleep of Prisoners’ by Christopher Fry

Dark and cold we may be, but this
Is no winter now.  The frozen misery
Of centuries breaks, cracks, begins to move;
The thunder is the thunder of the floes,
The thaw, the flood, the upstart Spring.
Thank God our time is now when wrong
Comes up to face us everywhere,
Never to leave us till we take
The longest stride of soul we ever took.
Affairs are now soul size.
The enterprise
Is exploration into God.
Where are you making for? It takes
So many thousand years to wake,
But will you wake for pity’s sake!

To read about the Shift in greater detail, my book Wake Up and Hear the Thunder: Finding Hope in a Hopeless World is available to order: as a paperback from this website and as an e-book from Amazon

A Time of Crisis, or a Time of Transformation?
Be inspired! Be the change you want to see in the world!
You can be a dancing star!
The Bells of Hope
THE SHIFT – What’s really happening!
The Garden Path – finding one’s way in life through gardening
Where to find Joy
The Ten Wisdom Keys and Conscious Evolution
The Circle of Life
The Hero's (or Heroine's) Journey